What Not to Put in the Garbage Disposal

Every homeowner loves their garbage disposal. They’re the most handy tool to get rid of food scraps and waste that you may not want to put in your trashcan.

However, do you really know what not to put in the garbage disposal? It seems as if anything consumable could, and should go down the drain, right?

That’s not quite the case. In fact, there are actually a lot of items that you may have heard are ok to put in the garbage disposal that should never even be considered to go down the drain.

The wrong items can cause a clogged garbage disposal or even worse, a broken one. Making repairs or installations a must.

Certain foods or objects can tangle up in the blades or cause a buildup that leads to a clogged drain.

Before putting anything else down the drain, check out our list of what you can and can’t put down your garbage disposal. It could be the factor that saves you from making a repair call.

What Not to Put Down A Garbage Disposal

Old habits die hard. Certain items you’ve been putting down the garbage disposal for years, probably shouldn’t go down the drain at all.

While it seems like it’s no big deal, you’re walking the tightrope toward a clogged garbage disposal or wearing out the blades and system itself.

So what exactly should you not put down the garbage disposal?

Bones: Large bones from chicken wings or chicken legs are too big and run the risk of damaging or breaking the blades in the disposal. Plus, if they don’t break down, they just end up spinning in the disposal the whole time. Unless they are smaller, thinner bones, it’s best to just throw them in the trash.

Coffee Grounds: Daily coffee drinkers beware; constantly pouring your coffee grounds into your garbage disposal causes them to build up and block your kitchen sink drain. While they do make for a great DIY kitchen sink deodorizer, use them in moderation. It should not be a daily or even weekly occurrence.

Grease: This may seem like an ideal spot to get rid of grease, but in reality, it is extremely harmful to your drains and pipes. Too much of it will clog your drain and can cause a back up in your garbage disposal. The same rule applies for any fat, oils, or any thick substance. It’s better to let them harden and throw them away in the trash can.

Potato Peels: The starchiness of potatoes makes them absolutely terrible to put down the garbage disposal. They build up in a thick soupy mess and cause blockage in your garbage disposal. It guarantees a call to your local plumber.

Egg Shells: This is a tricky one. It’s been said that egg shells are perfect for sharpening the blades of your garbage disposal. In reality, the membrane of the eggshells sticks to the side of the disposal and pipes, catching other food and grime along the way. Then, it’s only a matter of time until you’re faced with a clogged drain or garbage disposal unit.

Fibrous Fruits & Vegetables: Banana peels, celery, asparagus, corn husks, and all other vegetables that break apart in a stringy matter, should not be put down the drain. Even the best garbage disposal will get their blades tangled up in the fibers of fruits and vegetables.

Fruit Pits and Cores: Similar to bones, fruit pits and cores are just too hard to just break down in your garbage disposal. There’s too much risk putting them down the drain because they will end up dulling or even damaging the blades.

Paint: Rinsing your paint brushes off in the sink seems like the logical idea. However, many don’t realize that you should put them in a container while you wash them. Too much paint going down your drain causes a buildup in the side of the pipes or in the disposal itself, and as it hardens it will become more difficult to get rid of.

What Can You Put Down a Garbage Disposal?

So what exactly can you put down the garbage disposal? While a lot may come to mind based on past experiences, we recommend making sure only small amounts of food or other items that are biodegradable make their way down your drain.

While a garbage disposal is a durable machine, their blades are meant to cut down softer foods. Anything that disintegrates easily and doesn’t tangle in the blades is perfect to put down the drain. If you are unsure about anything, it’s better to just throw it in the trashcan, than run the risk of a broken garbage disposal.

Small Bones: Small, thin bones, such as those from a chicken or fish can actually go in the garbage disposal in small amounts. They won’t damage your garbage disposal as much as bigger, thicker bones will.

Fruit Scraps: The garbage disposal is a great place to put fruit that’s expired or moldy. Before putting it down the drain, make sure to remove any cores or pits.

Vegetable Scraps: Similar to fruit scraps, leftover or expired vegetables can easily go down the garbage disposal. Just make sure to cut them down into smaller pieces so they can be broken apart easier. Also, be sure to avoid fibrous vegetables.

Citrus Rinds: An old reliable household hack that not only grinds up easy but also leaves your kitchen drain smelling great.

Leftovers From a Meal: You don’t always finish everything on your plate, and having little bits of food go down the drain and into your disposal isn’t going to hurt. As long as what goes down the drain is soft, edible, and not fibrous, then your garbage disposal unit should be fine.

Other objects that aren’t listed will need your personal judgment. Again, use this guide to help you determine if you should or shouldn’t put it down the garbage disposal. The last thing you want is to cause unnecessary damage and have to deal with a broken garbage disposal. However, accidents happen and when it’s a bigger problem than you can handle contact  About Plumbing.

Your Sewer line is one of the most important pieces of plumbing in your entire household. In the sewer line alone, every part of your plumbing is connected to this massive structure. Your toilet, shower, and sinks all travel from the drain through the water pipes...

END_OF_DOCUMENT_TOKEN_TO_BE_REPLACED

What Water Heater to Buy for Your Home

What Water Heater to Buy for Your Home

What To Consider When Buying a Water Heater For Your Home If you are looking for a new water heater to buy, there are some factors to consider. In the beginning, it’s important to analyze all the different types of water heaters, and which would be the best for...

END_OF_DOCUMENT_TOKEN_TO_BE_REPLACED 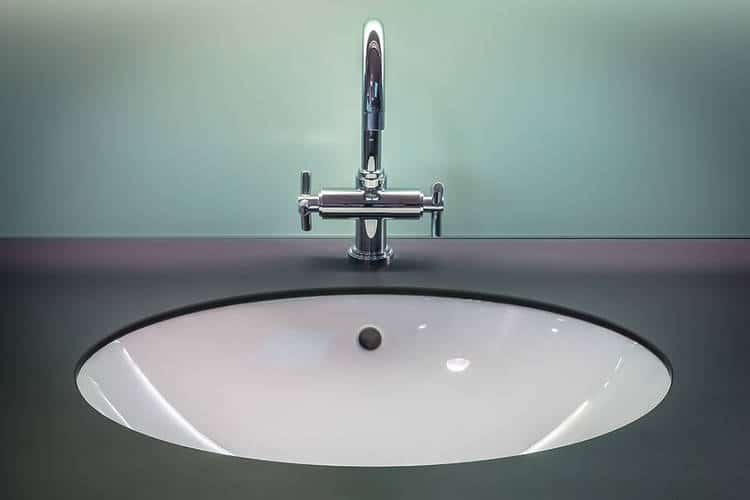 How to Unclog a Bathroom Sink

How to Unclog a Bathroom Sink

Unclogging a bathroom sink can feel like an annual ritual. Things make their way down the bathroom sink all the time: hair, soap scum, toothpaste, and chemicals from beauty and hair products, build up and create a wall of gunk that clogs your bathroom sink leaving...